The villa was built by Adolf Loos and Karel Lhota in 1932 as a family villa for Prague's lawyer Josef Winternitz, his wife Jenny Winternitz, daughter Suzana and son Peter. Considered one of Loos' latest projects, the house has a lot of identical elements with the iconic Villa Müller, among other things, the so-called 'Raumplan'.

The Raumplan, with its rooms evolving around the central steps, allows visual connection among the different areas. Between the spaces, cut-out walls frame the views on diagonal directions, giving the interior an almost theatrical quality, often described as “voyeuristic“. 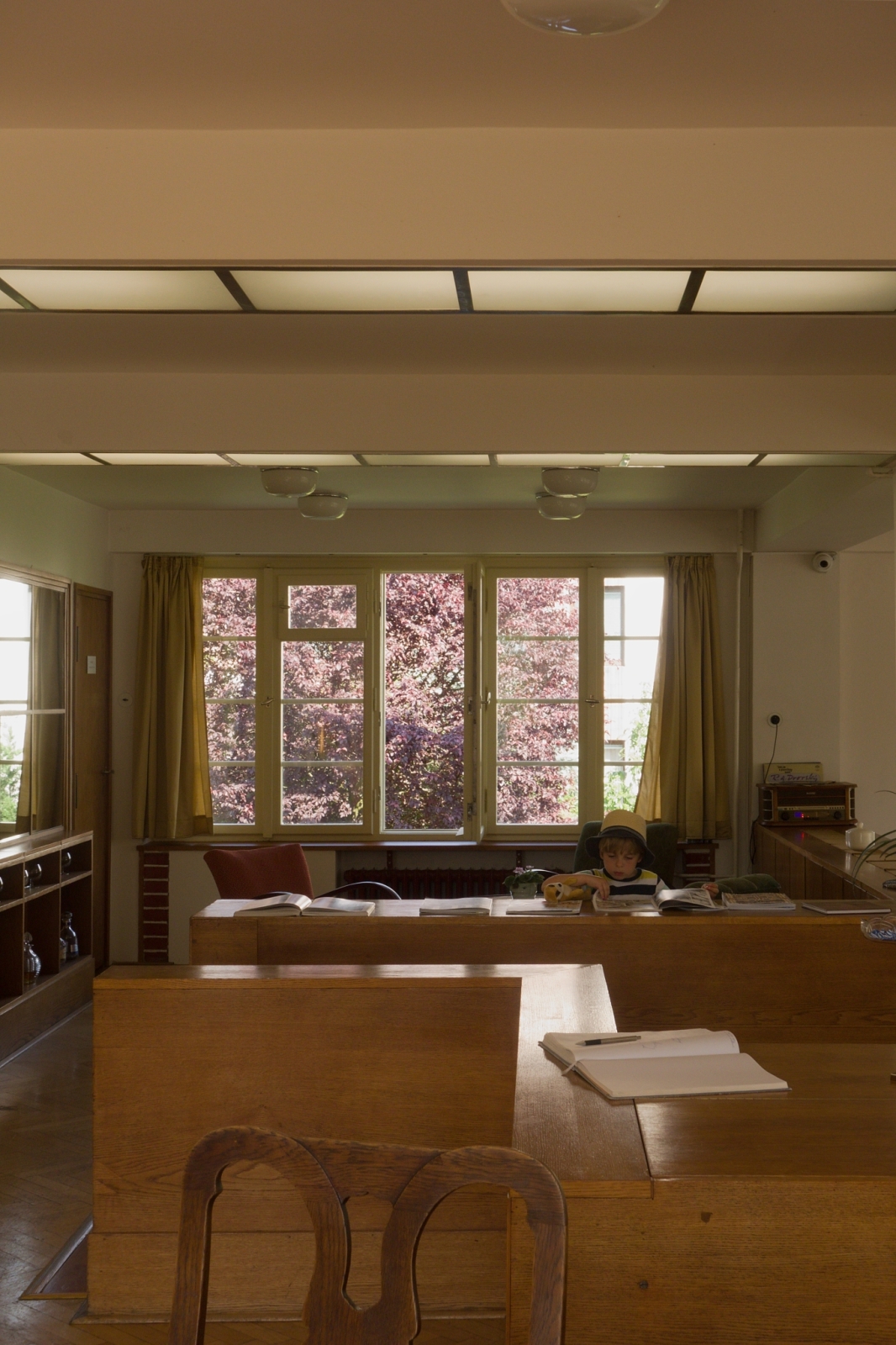 The use of glazed surfaces and the placement of mirrors in key places demonstrate a strategy of introspection and visual connectivity of the rooms characteristic of Loosian architecture, without these interfering in the functional separation between the different spaces.

The idea of the Raumplan was best expressed by the author himself: "My architecture is not conceived by drawings, but by spaces. I do not draw plans, facades or sections… For me, the ground floor, first floor do not exist… There are only interconnected continual spaces, rooms, halls, terraces… Each space needs a different height… These spaces are connected so that ascent and descent are not only unnoticeable, but at the same time functional.”

The first floor is divided into several smaller rooms featuring bedroom of Josef and Jenny Winternitz, two children's rooms, a bathroom, a toilet, a closet, and a guest room. Although original furniture was not preserved and there is still not enough information regarding the original appearance of each of these rooms, few of the typically Loosian details remained and were restored. 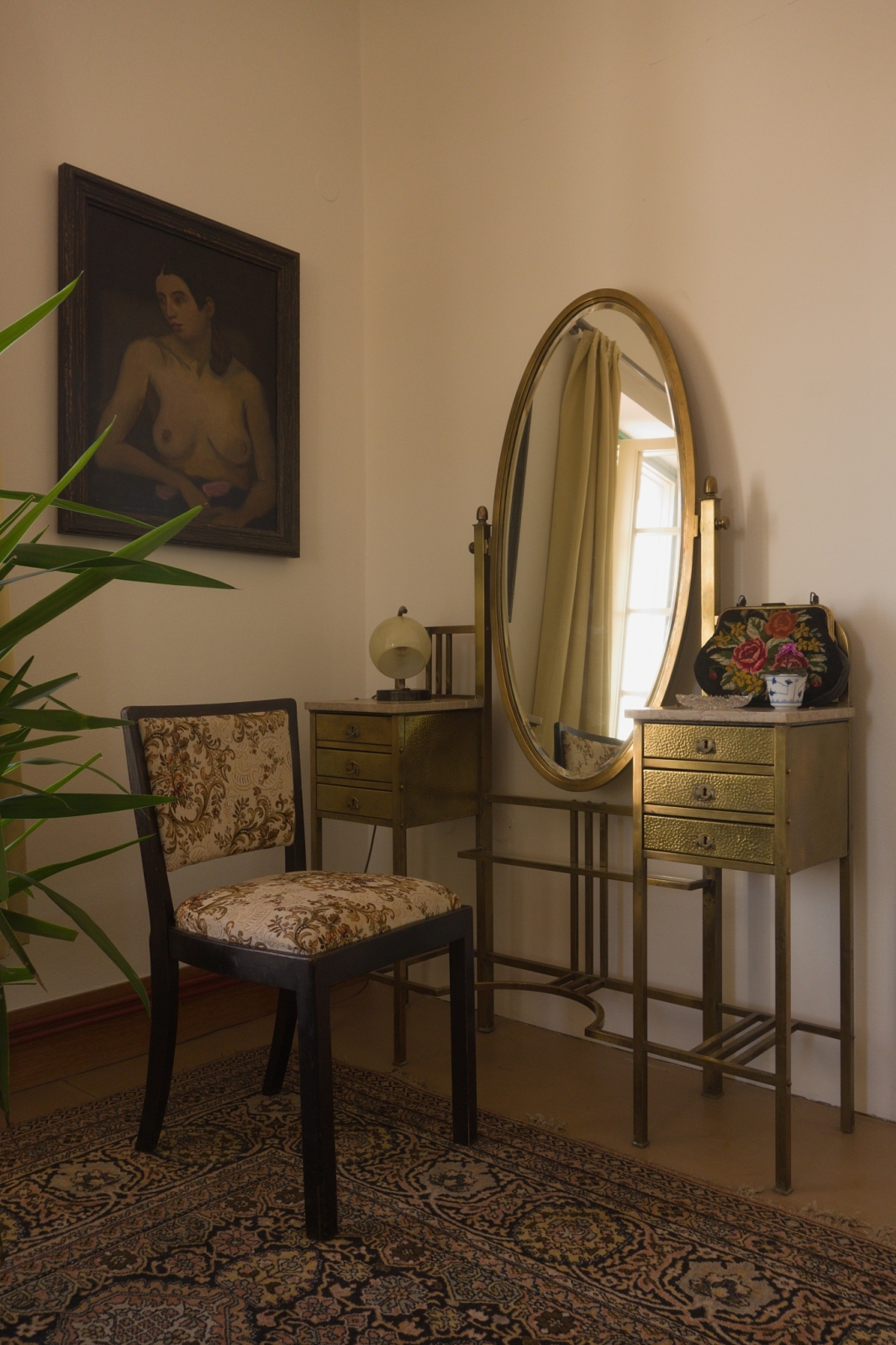 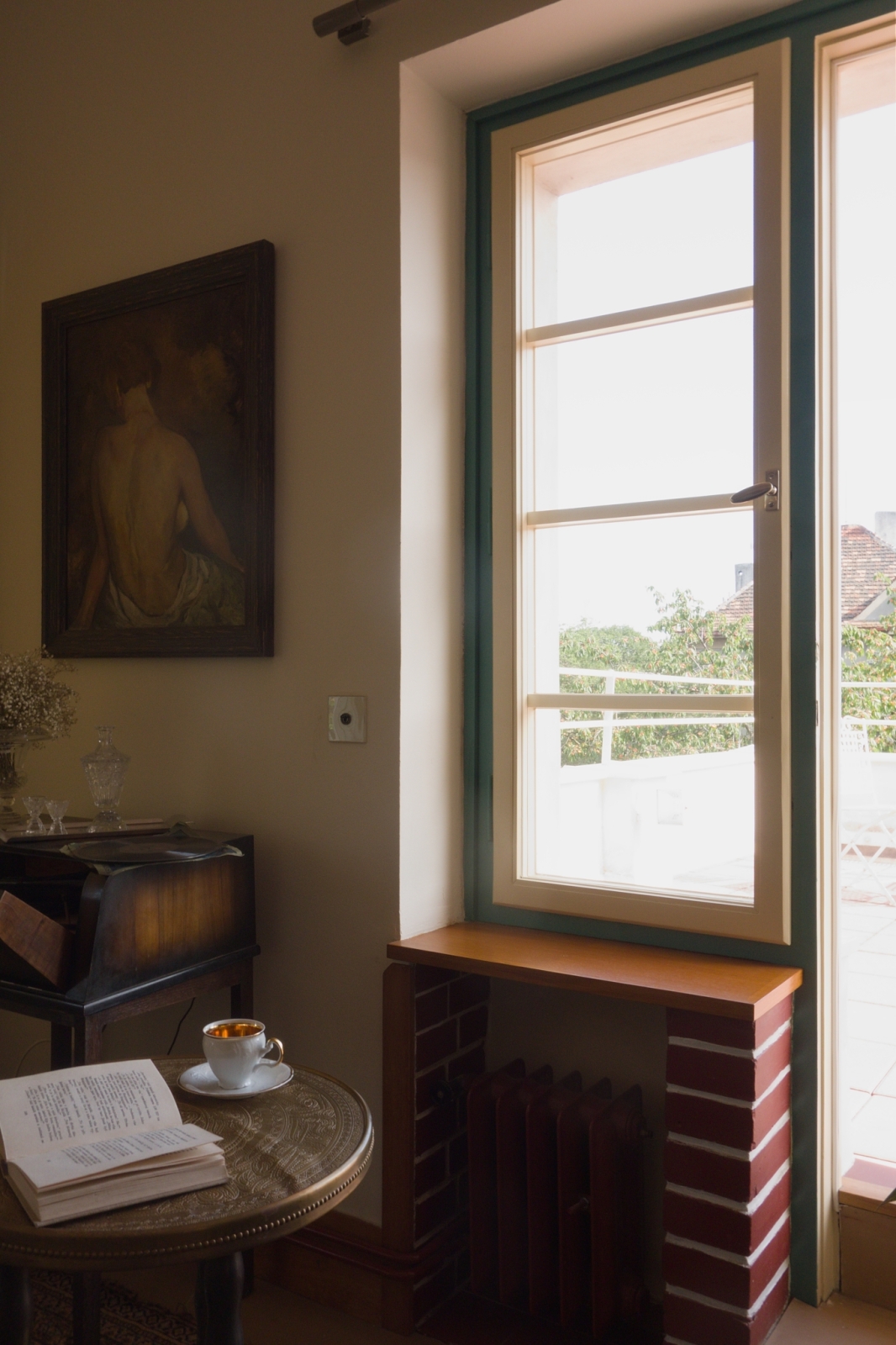 The exterior of the Villa is, as in the case of Villa Müller, clean and without ornaments, divided only by terraces and windows, letting enough natural light into the interior - a typical approach of Loos's architecture practice. In the exterior design of this house, the arrangement of interior spaces can be perfectly distinguished through the shape and position of façade openings. For instance, this can be clearly observed in the three windows that overlook the terrace, making evident the double height of the living room.

Thanks to the bilateral projection of the masonry body on the first floor, the composition layout seems to take on the appearance of a twin between two volumes in the form of an inverted "L". This assembly of volumes is even more marked through the pergola of the terrace, built with linteled pillars and taking advantage of the chimney draft that linearly completes the prismatic shape.

The building is set into a 1700 sqm garden that hasn't changed since 1932; the original apple orchard is already gone, however, two cherry trees, Japanese tree peony and wisteria under the lower house terrace still grow in here. 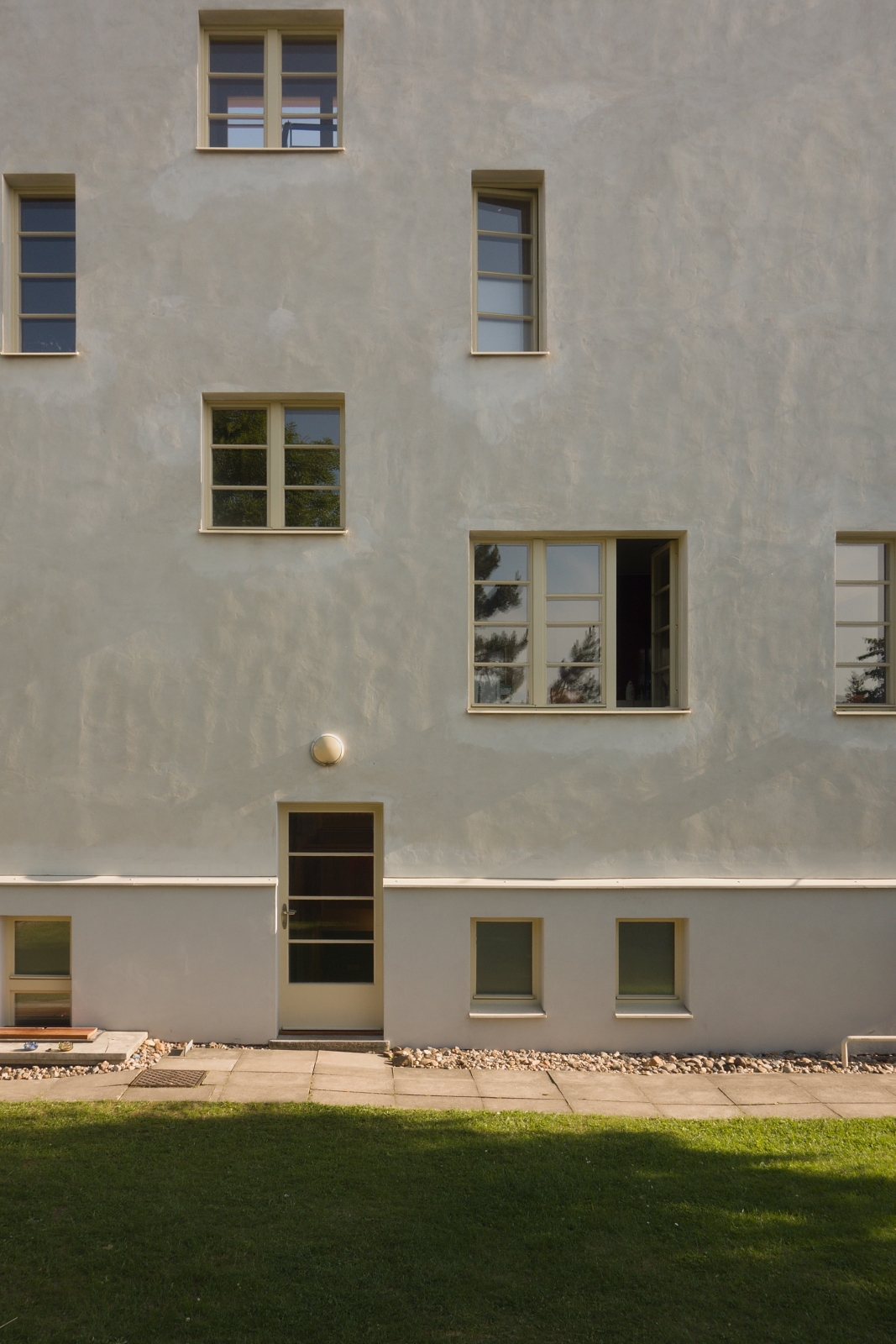 The house is entered through inconspicuous side entrance, with relatively confined space situated right behind it and covered with dark-stained wood and bricks. The confined space is connected to a staircase through which one can continue to the living room or to the basement.

Instead of self-concious ornamental design, Loos favored understated dress, anonymous furniture and efficient plumbing of the Anglo-Saxon middle class. Naturally, in this respect he had America in mind rather than England. In this he anticipated Le Corbusier's notion of the objet-type, the refined, normative object, spontaneously produced by the craft-based industries of the society. „If I want to eat a cupcake, I take one that is completely smooth, not one full of ornaments shaped like a heart or a horseman or an infant in arms “, Loos wrote in Ornament and Crime.

Text and photographs by Pavel Hache, 2019.