ŠTEFÁNIK 100: The Wide Terrace of Mohyla.

Placed on top of the Bradlo mountain, Mohyla, a monument of European importance is the final resting place of Slovak scientist, aviator, photographer, diplomat, and army general M.R. Štefánik. With its positioning in the landscape and its compositional, spatial and material concept, the site represents the ultimate work of European monumental architecture.

The site built between 1927-1928 was designed by architect, ethnograph, and artist Dušan Jurkovič. One of the best-known promoters of Slovak art in 20th century Czechoslovakia, he is remembered mostly due to his projects of numerous World War I cemeteries in Galicia. Jurkovič repeatedly stressed: "The work of art is rooted in the time. I also have always cautiously listened to its voice."

The characteristic terraced monument, shimmering in tones of smoked and bone-white with four obelisks, represents the typical purity of Jurkovič's architectural language. The whole building is covered with travertine blocks. Following the front and side staircases, one can walk up to the tomb of the Greatest of Slovak history. Štefánik's grave is placed 8 m below the tomb.

The footprint of the two-level terraced monument at its basement is 96 m x 70 m; the first terrace measuring 93 x 62 m and the second 45 x 32 m. Each of the four obelisks is 12,5 m high. 194 rail wagons full of blocks of travertine were used for the construction.

When Štefánik wanted to return home to see his family, he decided to fly from Campoformido, near Udine, Italy, and to use an Italian military plane, a Caproni Ca.3. On 4 May 1919, at around 11:00, his plane tried to land near Bratislava, but crashed near Ivanka pri Dunaji. Štefánik died, along with his Italian crew - two pilots, and a mechanic-radiotelegrapher.

This year marks 100 years since the tragedy. 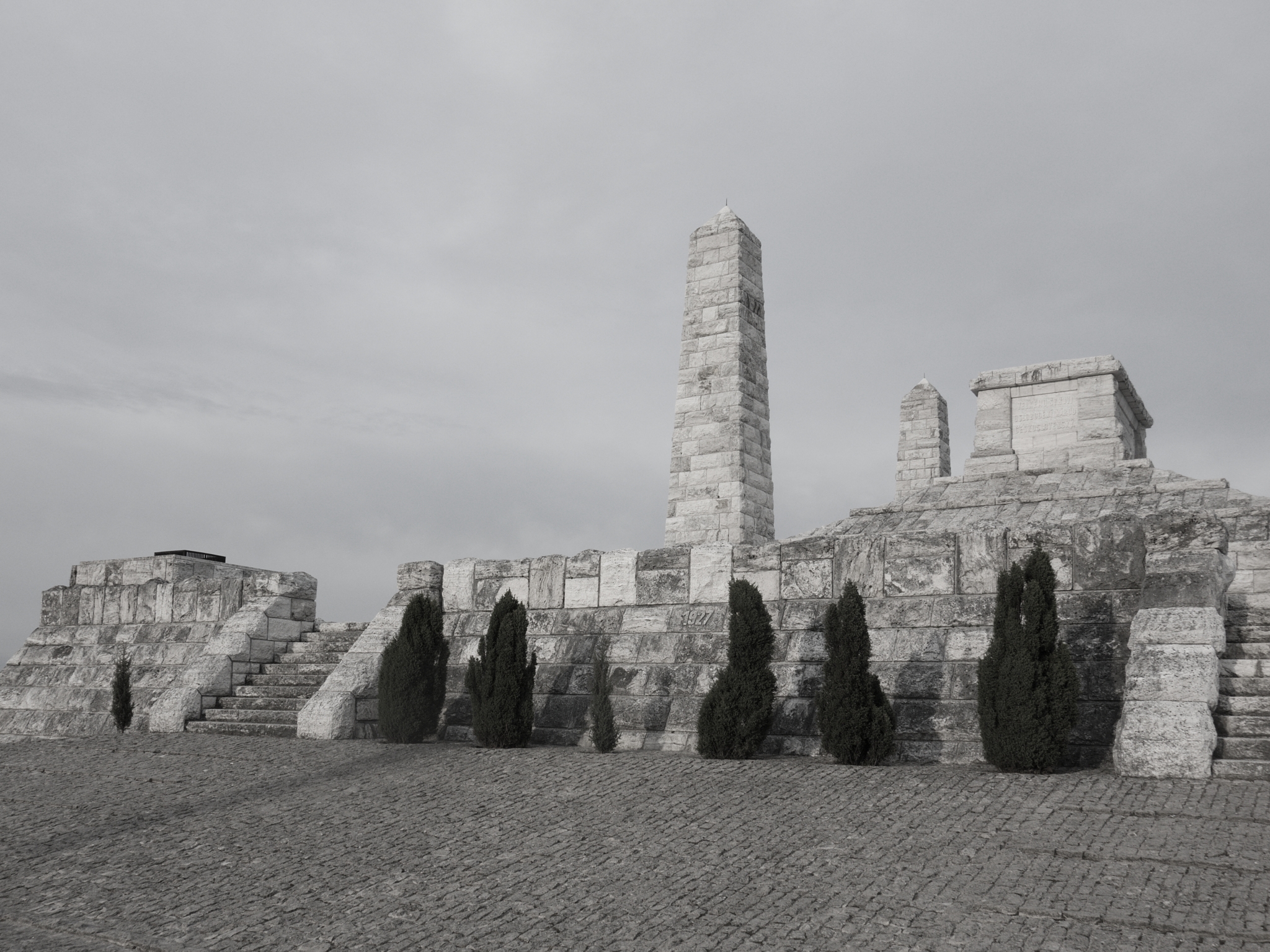 All photographs by Pavel Hache, 2019. Thanks to @balajtix for a great company and a perfect tip for #hipsighttrip !